Safety sets the tone of a community. It matters above almost anything else to residents—so it’s no wonder that mayors rank public safety as one of their very top priorities. When looking for a new home, prospective residents consider a community’s safety above everything else except cost, according to a recent Safest Cities in America report. “Living in a safe environment means more than just a place with little crime. Breathing in polluted air is dangerous and living in cities with reckless drivers is also a cause for concern.”

Municipalities can have a far-reaching impact by supporting resident-led efforts to encourage safer driving. This is because the ripple effects of safer streets extend far beyond the primary goal of reducing accidents. Other benefits include noise reduction, higher resident satisfaction and, over time, even reduced pollution and higher home values. Additionally, residents pursue a more active lifestyle when they feel safe to walk along city streets or let their children ride bikes in their cul-du-sac—and they are willing to pay for it! When a community is made more “walkable” home values increase, according to a recent report by Redfin.

Traffic calming has long been municipalities’ go-to approach to improve traffic safety—and for good reason. Every decrease of one mile-per-hour in average traffic speed has been shown to reduce accident rates by a full five percent. 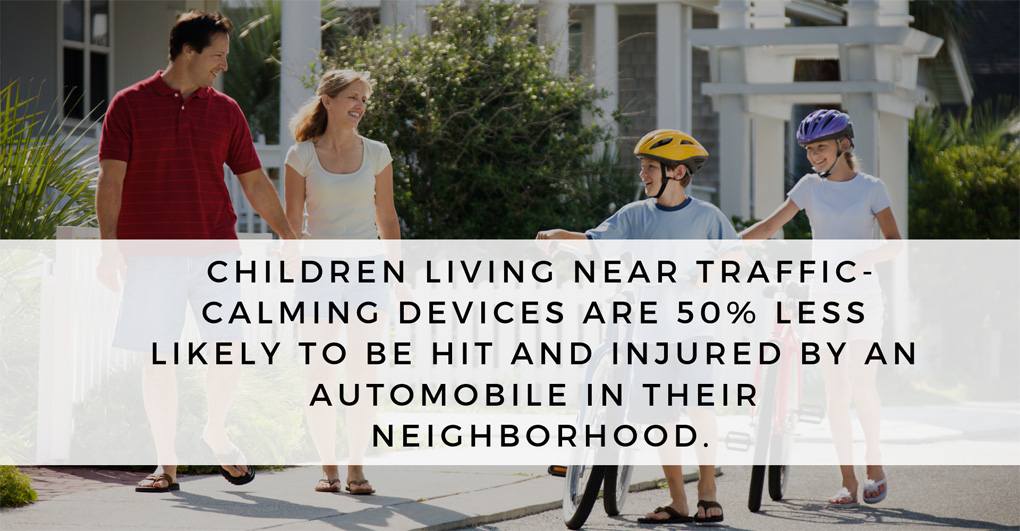 Many traffic calming measures, like installing permanent road alterations and speed humps, can only be executed by municipalities. However, more and more cities are seeing homeowner associations (HOAs) and individual homeowners take the lead in implementing more attainable traffic calming solutions. 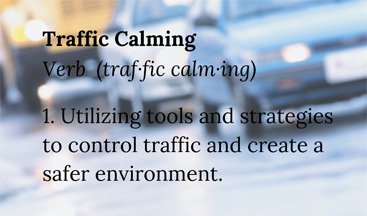 Historically, individuals had few traffic calming tools they could implement on their own. Accessible options were limited to static signs (like the common “Children at Play” slow-down sign), temporary barricades put up while children play in the street or gathering signatures to petition their city to implement a more powerful and more costly solution.

A new re-packaging of radar speed sign technology brings a more effective and affordable option to HOAs and homeowners for the first time. As drivers approach a radar speed sign, the flashing miles-per-hour readout provides personalized feedback reminding motorists to drive alert, safe and at the speed limit. Designed for shorter-term placement to address localized traffic issues, the portable and unobtrusive Speed Patrol sign is just 18 x 24 inches, making it appropriate for streets with speed limits around 25 mph.

These days an effective neighborhood traffic calming initiative must address distraction as well as speeding because distracted driving has risen as the top cause of auto accidents. Radar speed signs are particularly effective because they break through the driver “autopilot” mode to both slow speedy drivers and alert distracted drivers. In fact, a 2017 study of police officers and safety experts ranked radar signs the highest among traffic calming solutions for having the most immediate and long-term effect.

While the technology—most commonly recognized in the form of police radar guns—has been around since the 1990s, it is over the last decade that radar speed signs have grown in popularity. They have become a go-to traffic calming tool for municipalities because, in addition to being highly effective, they don’t impede emergency vehicles, require road construction to install or lead to costly vehicle maintenance.

Motorists typically welcome the signs because, despite tendencies to lose track of the speed or get lured by cell phone notifications, most motorists value safety and appreciate the reminder to slow down. 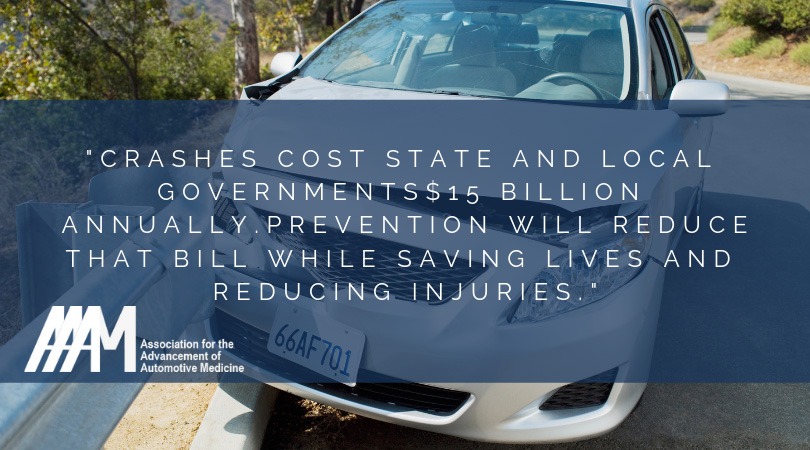 Automobile accidents are tragic on so many levels, including the financial cost not only to individuals but also to municipalities. Each year local and state municipalities pay hefty accident-related costs, including property damage; public services like EMS, fire and police; and lost taxes.

While the issue is clear, municipalities have limited numbers of police officers to patrol all of the main roads and also the residential streets. When homeowners are able to put radar speed signs in their neighborhood, it’s like adding a police officer with a radar gun along the road everytime children are at play—without impacting city budgets.

Supporting residents who are willing to implement proven, unobtrusive traffic calming tools may be just the creative approach needed to increase the resources required to make community streets safer.

For more information about the Speed Patrol sign and its applications for local speeding issues, visit speedpatrol.com/applications/municipalities/